The Simien Mountains National Park is situated on the northwestern side of the Simien mountains massif in northern Ethiopia, roughly 900 km north of Addis Abeba. Situated on the northern edge of the central plateau of Ethiopia, the region overlooks the lowlands of the Tekeze River (also known as ‘Mare’ in Sudan).

Politically, the area belongs to the North Gonder Zone of the Amhara National Regional State. The Simien Mountains National Park itself lies in the Weredas (districts) of Debark, Adi Arkay and Janamora, and covers an area of 136 km.

Situated in the centre of a triangle formed by Gondar, Lalibela and Aksum — three major tourist attractions that are part of the ‘Historical Northern Route’ — the region can easily be reached from any of these surrounding towns. Entrance to the Park is through the town of Debark, a market place about 110 km north of Gondar, where the National Park Administration is located. 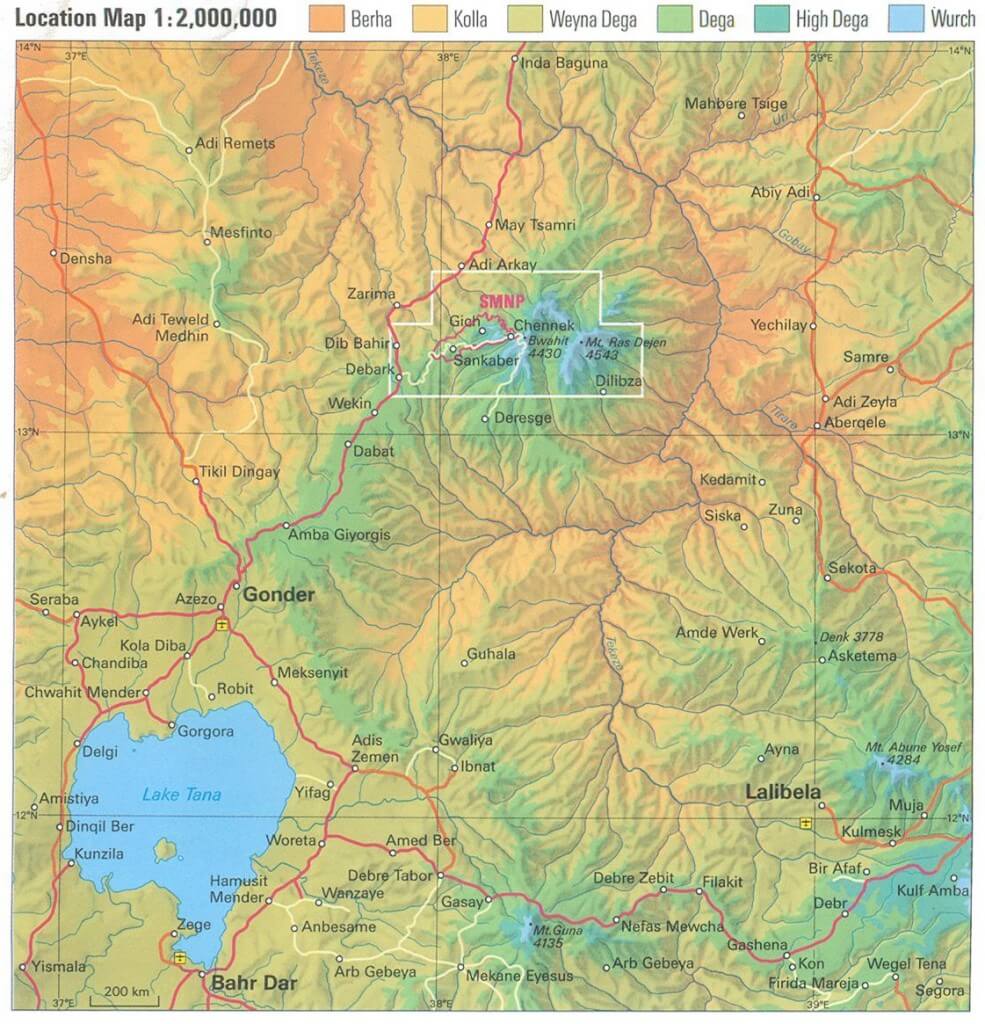